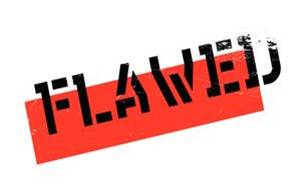 If you’ve ever visited our site, read one of Catherine’s books, volunteered at any of our workshops, or looked to our nonprofit as a resource for healing, then you can likely attest that a huge part of our efforts and work at W.O.M.E.N. are centered around sexual assault of women and incest within families.

However, one of the many reasons we felt called to begin W.O.M.E.N. in the first place was because there was an alarming lack of resources available to HIV positive women in the south, as well as any other thriving help centers and support groups for women and children who have survived sexual assault, incest, or domestic assault.

Now, W.O.M.E.N. was established 25 years ago in 1994, but we’re reminded daily that our social service systems are still deeply broken and desperate for change and action. In this article we’re examining the flaws within our social service systems, specifically the issues surrounding Child Protective Services (CPS), and why systemic family abuse and incest is still a prevalent problem exacerbated by social service networks’ inability to create a system that works.

Burdens of the System

Child Protective Services, at their core, are there to ensure the safety and removal of children who are neglected or abused at home. According to the Children’s Bureau, the standard definition of Child Abuse constitutes as “Any recent act or failure to act on the part of a parent or caretaker which results in death, serious physical or emotional harm, sexual abuse or exploitation; or an act or failure to act, which presents an imminent risk of serious harm”. This definition is broad but also hits most bases regarding the many different forms of child abuse and neglect, but insofar as this definition covers, there are still major gaps in the care and attention CPS gives to children involved in abusive situations.

Why then, does it seem like there are still countless stories in the news, of reports about sexual and physical abuse toward minors from parents and other family caretakers? Just last February two Riverside, California parents pleaded guilty to 14 counts of torture and other abuse toward their 13 children, who were severely malnourished and had been locked in their rooms for most of their lives. Stories like this– while horrifying– are sadly common despite having government funding from subsidiaries under the U.S. Department of Health and Human Services.

To understand the prevalence of child sexual and physical abuse is to understand that our social service systems are overburdened and underpaid. Here are the key findings from the most recent Child Maltreatment report, completed by the Children’s Bureau in late 2017:

These statistics paint a bigger picture of the issue at hand: the sheer number of victims has continued to increase, and while CPS makes efforts to manage cases swiftly and effectively, those staffed at CPS are not held to the same procedures or training as other “law and safety” enforcement employees are like police, for example. Our continuity in failing children of abuse lies in the fact that children who are victims of physical or sexual crimes are often treated differently than adult victims of crimes. According to Justice for Children, an organization focused on researching and identifying flaws within CPS and bringing justice to children who have fallen victim to the system’s indescrepencies, only in “instances of crimes against children does our law enforcement establishment allow CPS, a social service agency lacking true law enforcement training and experience, to receive the initial report of abuse, to perform the initial “civil” investigation of the crime, and to dictate the progress of the criminal case.”

Moreover, CPS often lacks the perspective of the child victim’s suffering through abuse. Each referral CPS receives is either “screened in” or “screened out”, meaning CPS agents investigate the report information and then decide whether it meets the agency’s criteria to become a full-fledged case. According to the 2007 Child Maltreatment report, reasons for screening out vary by state police but may include one or more of the following reasons:

Does not concern child abuse and neglect.

Does not contain enough information for a CPS response to occur.

Response by another agency is deemed more appropriate.

Children in the referral are the responsibility of another agency or jurisdiction (e.g., military installation or tribe).

Children in the referral are older than 18 years.

Aside from the obvious issues within this criteria (lack of information and belonging to another jurisdiction such as a tribe doesn’t mean the abuse isn’t happening and shouldn’t be dealt with accordingly), CPS is technically working for the family, not directly for the child. In most cases, the goal of CPS (in addition to protecting the child) is to investigate and eventually rehabilitate the perpetrator so that the family unit can be restored.

While measures have certainly been taken to mend our flawed social systems network, rampant sexual and physical abuse against children continues to persist. Sometimes it can feel like the issue is too big, too complex, and too mismanaged to identify real ways in which we can improve upon child protection practices. Part of mending a broken system is not only shifting the narrative surrounding child sexual and physical abuse, but having louder, more impactful conversations about the realities of child abuse.

Incest and domestic abuse aren’t topics our society is keen to discuss, and much of the cloudiness surrounding the social service network can be attributed to our inability to talk about the issues that pervade these systems, which inadvertently continues these prevalent cycles of abuse. It’s also equally as important to spotlight the mental and emotional burdens social workers carry whilst receiving meager paychecks, experiencing an increased sense of burnout “compassion fatigue”, and an occasional risk to one’s personal safety due to the heavy and sensitive nature of the work.

Our work at W.O.M.E.N. is aimed at providing alternative avenues for women and children who have suffered at the hands of family abuse in all its facets, and to offer hope, healing, and direction to resources that can help while a system overwrought with issues continues to overlook the hurting individuals who need help the most.

We Are Not Broken

Please continue following along with our blog, upcoming workshops, and events as we work to create change and shed light on an issue that’s long been trapped in the dark.

Catherine is scheduling private consultation sessions. To book yours email her at www.catherinewyatt-morley.com

Get your Author autograph copy of I Am the Product of Rape—A Memoir.

If you or someone you know is in need of helpful resources for adult or child sexual assault check out our Local Resource and state by state Resource Page.

Follow Catherine, Jalyon, and W.O.M.E.N. on the below social media channels so that you can stay up to date on future announcements, events, workshops, and education!